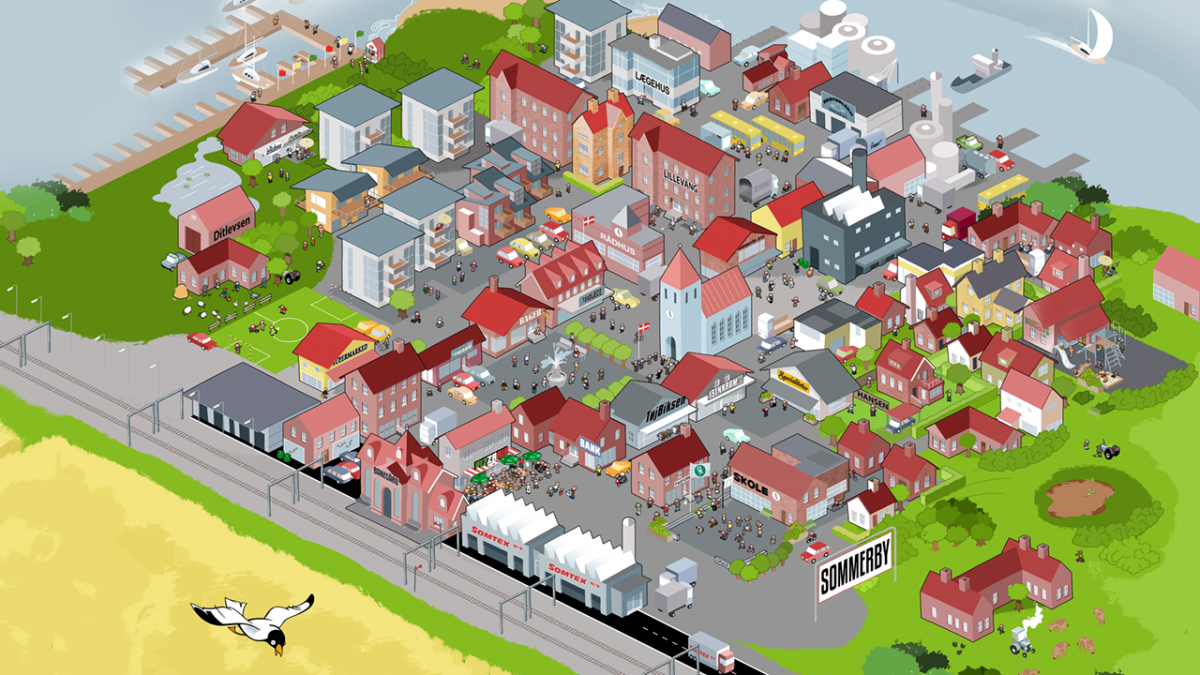 In close collaboration with LO, our purpose was to create a safe learning space where union representatives and other members can train the ability to keep an open mind while discussing and listening to others. In order to facilitate this, we created a realistic narrative about a Danish municipality, a city and the people who work and live there. Based on political subjects selected by the members of LO, we created a number of political dilemmas that the characters in the narrative are faced with. In groups of four, the participants then discuss the dilemmas and through constructive dialogue they must agree on solutions to the dilemmas.

By keeping the narratives realistic, we created a safe space for political dialogue where the participants can discuss real-life political issues without obscuring the political dilemma by discussing actual places and people.

The narrative is presented in a four-minute movie and in a board game, where the participants also meet the dilemmas.

The movie and the first 100 sets of the board game are have just been finished. The next step is to take them to the different unions of LO and let the the representatives and their colleagues start creating more constructive dialogues when discussing political issues.

The next level onboarding experience at Universal Robots