A Day of Strategy in Lån & Spar

How do you create an opportunity for all employees to actively contribute to the implementation of a new strategy? – In the winter of 2014, Workz helped Lån & Spar Bank design an involving process for the bank's 400 employees where the bank's new strategy for the upcoming four years was presented.

The process served two purposes; Creating an opportunity for the employees to share experiences about the initiatives already in place and converting the inspiration to new, local initiatives that support the ambitions the new strategy.

The exchange of best practices highlighted the work already done and served to inspire to the development of new solutions. Making each employee and each department aware of how they each contribute to the realisation of the strategy was also an important focal point.

The most useful ideas were subsequently to be implemented with the closest manager at the helm. The goal was to get a clear local ownership of strategic initiatives.

As a point of departure for the process we made a bespoke edition of the process game, Engage and Deliver. The game had previously been rolled out to the 17000 employees of the Dairy corporation Arla.

In the development of the process, Workz and the HR department worked closely together on collecting, categorising and describing all the positive initiatives and results that had been created during the previous strategy, Plan113. In order to support the new strategy, the knowledge obtained was integrated into it he game in shape of a range of initiative cards describing existing successful initiatives that helped Plan133 take off.

The result was a process/dialogue game designed to be run locally in the bank's branch offices and departments where the local managers in the organisation facilitated the process on the day of strategy. The managers had learned to facilitate the game at a leadership seminar where they played the game themselves.

The game was rolled out along with an introduction movie where the bank's CEO, John Christiansen, introduced the overall strategy and its goals.

THE OVERALL PROCESS OF THE GAME:

Divided into small groups, the participants selected which of the strategy's goals the group had the best opportunity of contributing to. The group then identified which existing initiatives from other parts of Lån & Spar Bank could inspire them in reaching these goals.

The group then worked on creating new solutions based on the inspiration from existing initiatives and its own ideas.

The local manager was then asked to evaluate and implement the best ideas or put them forward in the management system if this was required.

As follow-up, status and effect of the initiatives were communicated to the entire organisation in order to create ownership and facilitate knowledge sharing.

“With the concept from Workz all employees have been involved in the strategy. They have discussed the strategy and best practice and contributed by developing and initiating initiatives that support the execution of the strategy. We have seen a great deal of knowledge sharing – during the game and during the follow-up on the intranet. We are very pleased with the results and the commitment of the employees. The day of strategy is an annual event where we ensure continuous anchoring of the strategy in all departments“ says Keld Thornæs, Assistant Director, Lån & Spar Bank 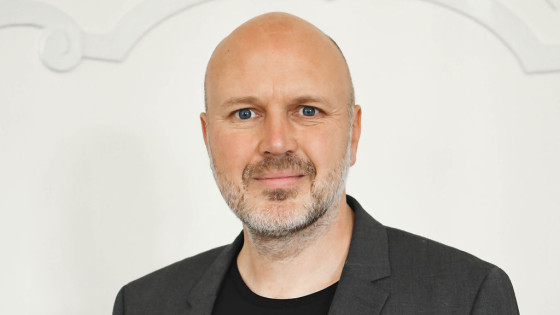 The next level onboarding experience at Universal Robots